Home / Tactics Are testimonials worth it?
|  No Comments 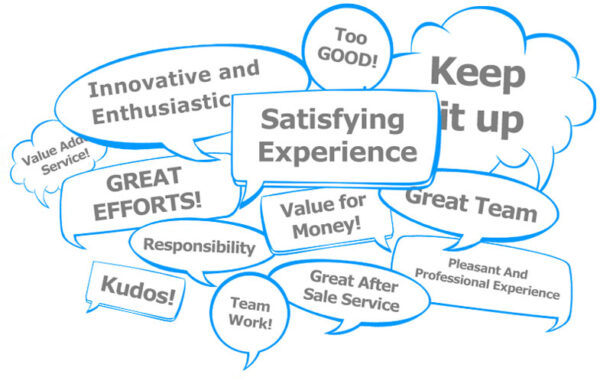 I’ve been asked numerous times whether testimonials are worth the hassle. A testimonial is a “social proof” tool that has been used since the beginning of time where people assume the actions of others in order to reflect “correct” (or avoid “incorrect”) behavior. It’s kind of an introduction to people that worked for your friend and did a good job.

Testimonials made the jump too from printed to online type. In fact, social media like Facebook, Twitter, etc, could be described as a massive testimonial platform. Sites like Yelp are explicitly about testimonials, and it is used extensively.

But how many people really use testimonials to make buying decisions? At a high level view (and these are rough estimates by the marketing experts), our general population is made up of about 40% who make internal-only decisions (that is, they make up their minds without other peoples’ input). Another 40% make decisions based on what others have experienced and report. These are the people that use Yelp a lot. Finally, about 20% make decisions based on a combination of the two. This means that they may use a testimonial in a situation, then not in another. As a general rule, the younger we are the more importance we place on others’ experiences.. and the older we get the less importance we place on the experiences of others.

The bottom line though is that about 60% of the general population base their buying decisions in some part based on what others do or think. This is a pretty sizable chunk of our population. So I think it’s wise to use testimonials. When delivering a good service, it’s best to ask for a testimonial right after the work has been done. The buyer will be most apt to write or deliver one for you.

Impact Marketing & Consulting Services © 2022
Manage Cookie Consent
To provide the best experiences, we use technologies like cookies to store and/or access device information. Consenting to these technologies will allow us to process data such as browsing behavior or unique IDs on this site. Not consenting or withdrawing consent, may adversely affect certain features and functions.
Manage options Manage services Manage vendors Read more about these purposes
View preferences
{title} {title} {title}